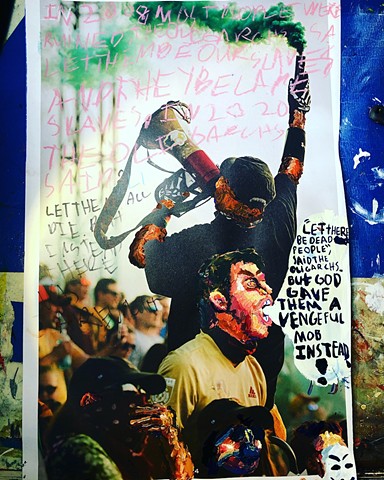 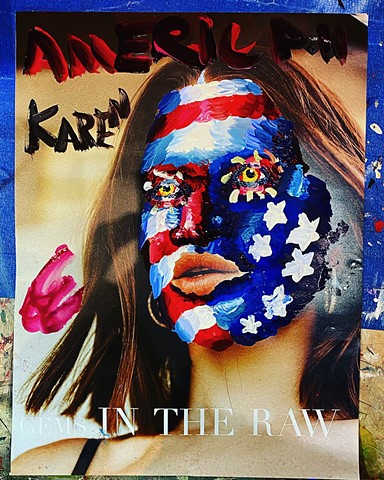 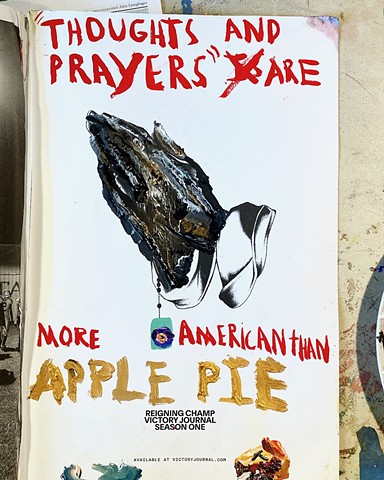 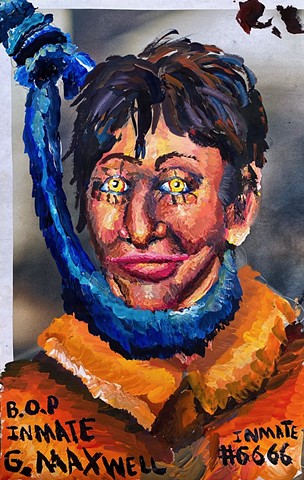 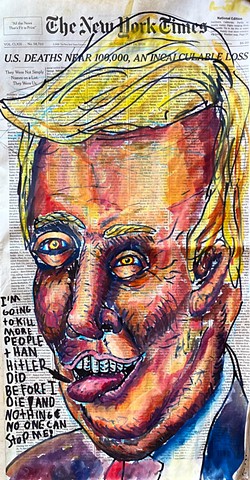 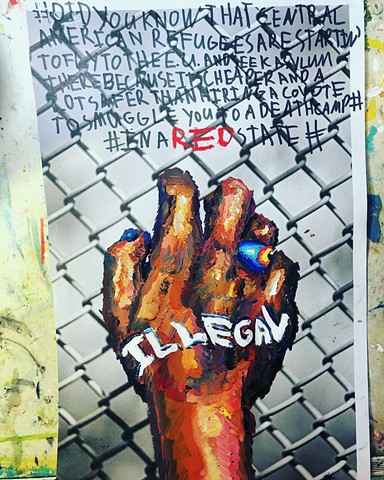 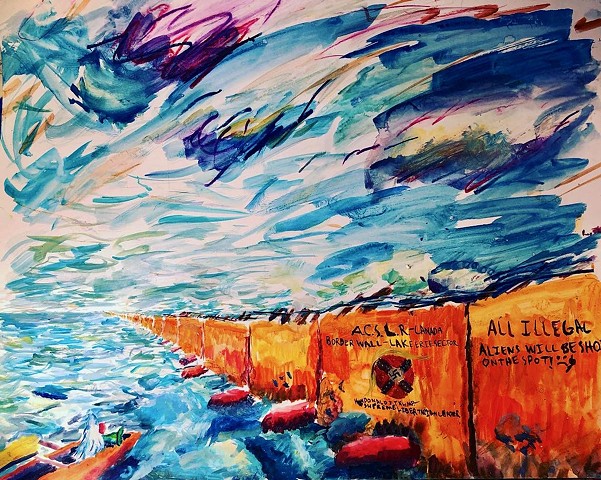 For October and November of 2020, FM Oakland is featured the paintings of Ryan Tesluk.

Synopsis: 2021: After thwarting a military coup, Donald Trump dissolves the United States and replaces it with the American Confederation of Sovereign Libertarian Republics. Led by Supreme Libertarian Leader Trump and his Council of Billionaires, the former “shining light on a hill” transforms into hell on earth. Good people are massacred on a biblical scale. Evil is a virtue.

In light of what is at stake in the 2020 election, Ryan Tesluk has created “American Gentricide” to showcase a dystopian Trump Dictatorship and the preceding failures of Neoliberalism. The artist also hopes that this exhibit will inspire people to help change America for the better long after the polls are closed.