“When I was a child around the age of 6 or so, I remember one day my father began repainting the interior walls of our home. Before work began, he humorously painted a great big smiley face on my wall… directly over my bed. It terrified me! I’m not sure why it scared me so much. I remember the smiley face had no personality, no portrayal of maliciousness; it was just two dots and an inverted arch. My father immediately painted a fresh layer of paint to cover the face, but STILL I was scared. I knew that although the face was covered up, it was still there, smiling; hiding underneath this new layer of paint.

Over 20 years later I can recall that childhood fear, and I find it fascinating. The fear obviously wasn’t based on any legitimate threat; it was completely inside my head. I can’t help but to consider the fears I hold today, and how they might influence my decisions. Which fears are legitimate, and which ones are just smiley faces? And furthermore, how did they get there?” Joseph Kowalczyk is an award winning sculptor and painter who has been creating in the California Bay Area since he received his BFA in ceramics from California College of Arts and Crafts in 2006. Along with his studio practice, Joseph teaches ceramics at Sonoma State University and Creative Growth Art Center. He also manages a business fixing kilns throughout the California Bay Area, and manages FM with his wife Emily Tian. 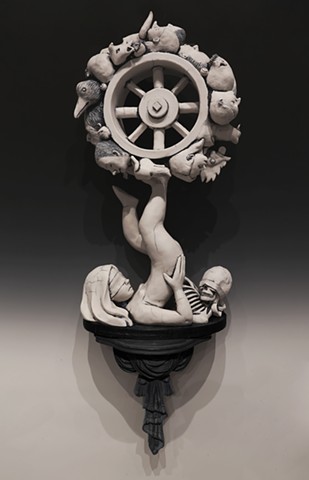 "Wheel of Fortune"
glazed porcelain on plaster & wood base 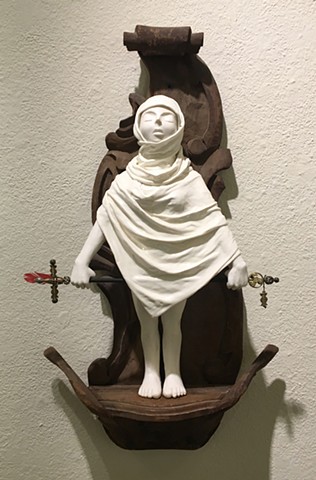 "Sound of My Defense"
glazed porcelain, fiber, metal, & wood, on wooden base 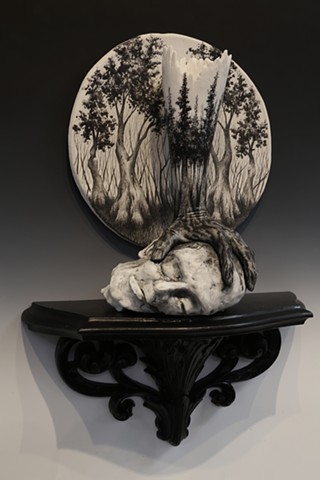 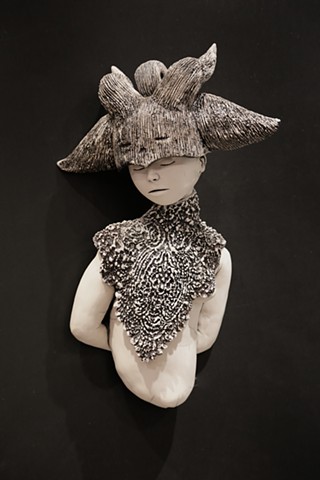 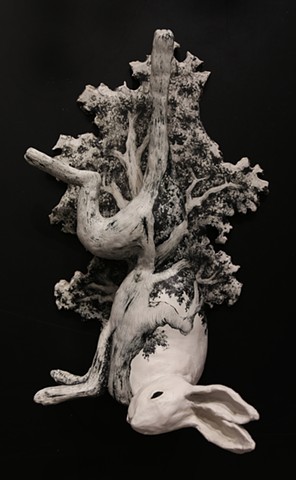 "What is a Rabbit"
hand painted stoneware 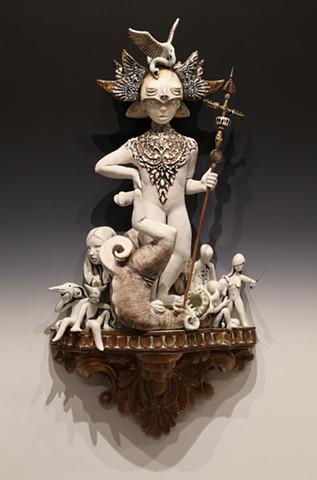 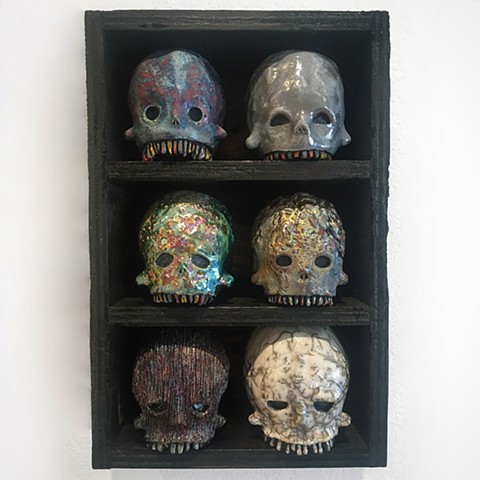 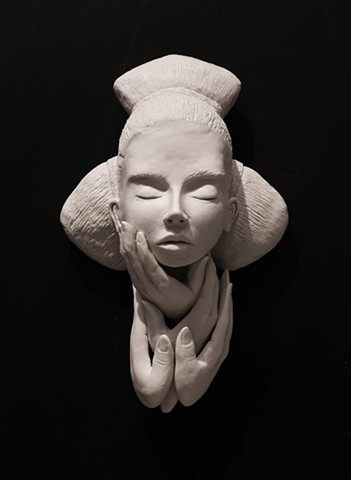 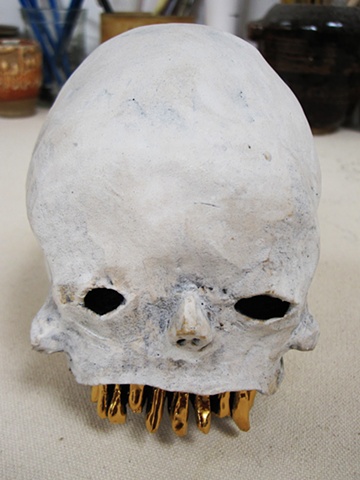 White Skull - Gold Teeth
ceramic
5in x 5in x 6in 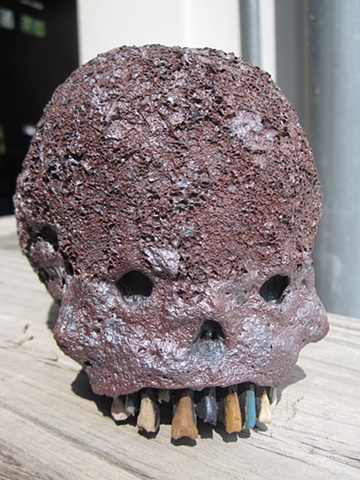 Rusty Skull Rattle
ceramic
5in x 5in x 6in