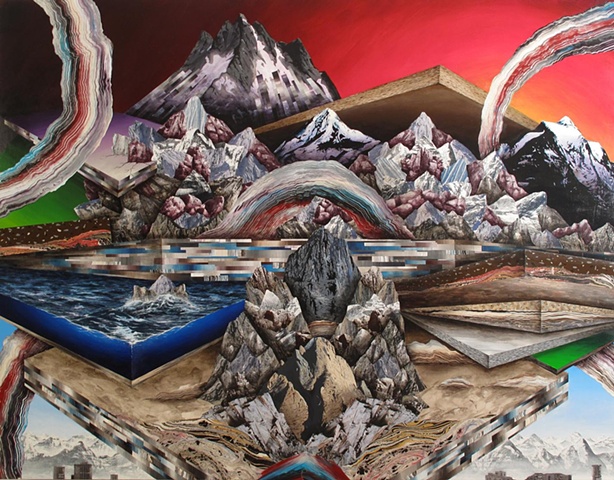 “I strive to present an era that defies human intervention in the landscape. An optimistic view of the natural world, post human presence.”

The title of the show, inspired by the influential writings of Edward Abbey continues along the themes Friedman has characteristically explored in his work, drawing influences from such writers as John McPhee, as well the artistic movements of the Hudson River School among others.

Friedman is based out of Portland, Oregon and is represented by Eleanor Harwood Gallery.